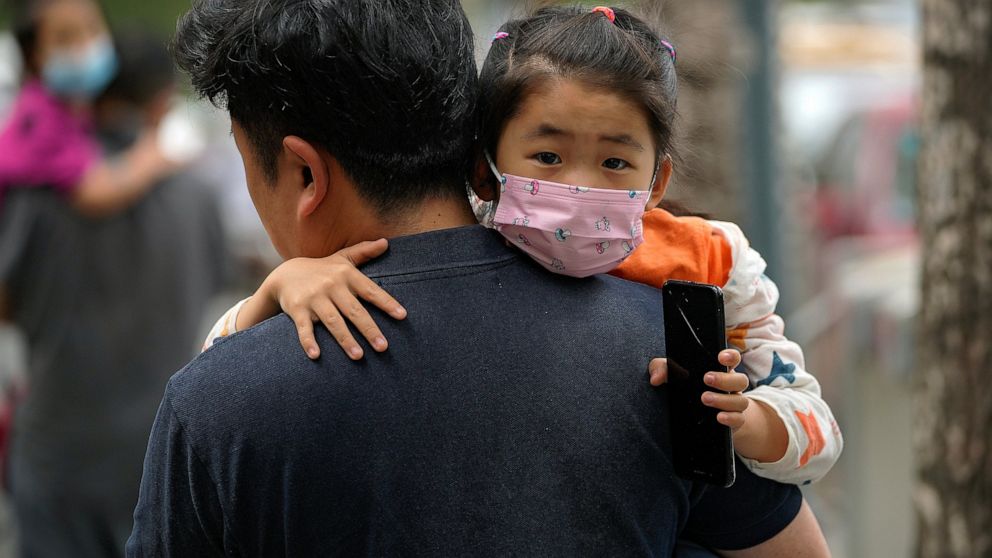 PARIS — France is back in business as a tourist destination after opening its borders Wednesday to foreign visitors from the United States, Britain and elsewhere who are inoculated against the coronavirus with vaccines approved by the European Union’s medicines agency.

France’s acceptance of only the Pfizer, Moderna, AstraZeneca and Johnson & Johnson vaccines means tourism is likely to be slow to pick up from China and other countries that use vaccines not approved by the European Medicines Agency.

Without one of the those four vaccines, non-EU visitors will still need to prove that they have a compelling reason to visit France and quarantine on arrival.

Still, the potential return of vaccinated tourists from the United States, Britain and other countries was hailed as great news by French tourism workers.

Marc Vernhet, owner of the 2CVParisTour.com agency that rents out vintage cars to visitors, said he is already starting to get reservations from American and British tourists for July.

CAPE TOWN, South Africa — In the global race to vaccinate people against COVID-19, Africa is tragically at the back of the pack. In fact, it has barely gotten out of the starting blocks.

South Africa has the continent’s most robust economy and its biggest coronavirus caseload, but just 0.8% of the population is fully vaccinated, according to a worldwide tracker kept by Johns Hopkins University. And hundreds of thousands of the country’s health workers, many of whom come face-to-face with the virus every day, are still waiting for shots.

Only 0.1% of the population has completed inoculated in Nigeria, Africa’s biggest country with more than 200 million people. Even a smaller share of Kenya’s 50 million people have received the doses needed to be fully vaccinated.

The World Health Organization says the continent of 1.3 billion people is facing a severe vaccine shortage at the same time a new wave of infections is rising. Vaccine shipments into Africa have ground to a “near halt,” WHO said last week.

Chad didn’t administer its first vaccine shots until this past weekend. And there are at least five other countries in Africa where not one dose has been put into an arm, according to the Africa Centers for Disease Control and Prevention.

BRUSSELS — European Union lawmakers have endorsed a new travel certificate that will allow people to move between European countries without having to quarantine or undergo extra coronavirus tests, paving the way for the pass to start in time for summer.

The widely awaited certificate is aimed at saving Europe’s travel industry and prime tourist sites from another disastrous vacation season. Key travel destinations like Greece led the drive to have the certificate, which will have both paper and digital forms, rapidly introduced.

The new regulations governing the vaccine certificates were adopted Wednesday in two votes at the European Parliament in Strasbourg, France. Rules for EU citizens were passed 546 to 93, with 51 abstentions. Those for people from outside the bloc passed 553-91, with 46 abstentions.

Right now, traveling in the EU’s 27 nations is a trial for tourists and airlines alike. Countries have various COVID-19 traffic-light systems, where those in green are considered safe and those in red to be avoided. But each nation is applying different rules and standards, making travel confusing for all.

Asad Umar, minister for planning and development, announced the milestone in a televised ceremony Wednesday. He asked people to get themselves vaccinated to return to a normal life.

From the beginning of its campaign in March up to Wednesday, Pakistan counts more than 2.5 million people fully vaccinated and more than 4.7 million partially vaccinated.

Pakistan is now seeing a single-day coronavirus positivity rate of about 2.5%, compared to more than 11% in April.

SEOUL, South Korea — South Korea is talking with Singapore about opening its first “travel bubble” in July, which would allow vaccinated travelers on direct flights to bypass quarantine.

Health officials said Wednesday the country has also proposed bubbles with Taiwan, Thailand and the U.S. Pacific territories of Guam and Saipan as it looks to ease pandemic-related traveling restrictions to revive ailing tourism and airline industries.

Senior Health Ministry official Yoon Taeho said the country will initially open its travel bubbles only to fully vaccinated travelers arriving on direct flights and members of group tours who could be monitored by their travel agencies. To bypass quarantine, bubble travelers must have vaccination documents and be cleared by COVID-19 tests upon arrival.

Officials said talks on opening the travel bubbles may not proceed quickly in places where the virus situation is fluctuating. Thailand has experienced its worst outbreak of the pandemic in recent weeks, still regularly exceeding 2,000 new cases daily, and Singapore and Taiwan have been dealing with worrisome new clusters.

But some restrictions will remain and the 5 million residents of Melbourne won’t be allowed to travel to regional centers in surrounding Victoria state.

State officials say the lockdown is being ended after two weeks following only one new coronavirus case being detected in the latest 24-hour period linked to the Melbourne cluster. The new case brings the number of infections in the cluster to 68.

Children will be able to return to school Friday and travel restrictions will be changed to allow Melbourne residents to travel up to 25 kilometers (16 miles) for non-essential reasons rather than 10 kilometers (6 miles).

BEIJING — The southern China metropolis of Guangzhou has ordered the closure of cinemas, theaters, nightclubs and other indoor entertainment venues as authorities seek to contain the country’s latest coronavirus outbreak.

The controls announced Wednesday are even stricter in parts of the city where the risk of infection is categorized as high or moderate. Guangzhou has isolated several neighborhoods where cases have been detected and barred people from leaving the city or the surrounding province of Guangdong unless absolutely necessary.

Guangzhou has reported more than 100 cases of local transmission since May 21, with eight more announced Wednesday. Doctors say the cases in Guangzhou were caused by the more contagious delta variant that was first identified in India.

China has largely eliminated local transmissions elsewhere, with a total of 91,316 virus cases and 4,636 COVID-19 deaths reported in the country.

JOHANNESBURG — South Africa’s health minister has been placed on special leave over a corruption scandal involving an irregular government contract.

Zweli Mkhize has been spearheading the COVID-19 response in South Africa, which has the most cases and deaths in Africa.

The contract saw $11 million paid by the health department Mkhize heads to a company connected to two people who used to work for him.

The move was announced by President Cyril Ramaphosa in a statement from his office Tuesday. It said Mkhize was placed on special leave “to attend to allegations and investigations” around the irregular contract.

MILWAUKEE — A former pharmacist in Wisconsin who intentionally ruined more than 500 doses of COVID-19 vaccine has been sentenced to three years in prison.

Steven Brandenburg, of Grafton, was sentenced Tuesday after pleading guilty in February to two felony counts of attempting to tamper with a consumer product. He had admitted to removing the doses manufactured by Moderna from a refrigerator for hours at Aurora Medical Center in Grafton, just north of Milwaukee. Brandenburg said in a statement before receiving his sentence that he felt “great shame” and accepted responsibility for his actions. The Milwaukee Journal Sentinel reports he apologized to his co-workers, family and the community.

Prosecutors asked for a sentence of three years and five months. Brandenburg faced a maximum penalty of 10 years of imprisonment and $250,000 in fines for each felony count.

Brandenburg is an admitted conspiracy theorist who believes vaccines are a product of the devil. Brandenburg also secretly substituted saline for flu vaccine that he was mandated to receive and persuaded several co-workers to secretly swap saline for their flu vaccine as well, according to court filings.

How to support your gut over the party season

The Australian Open has banned all unvaccinated players This handout photo released by the...

The Dan John Guide To A Lifting Career