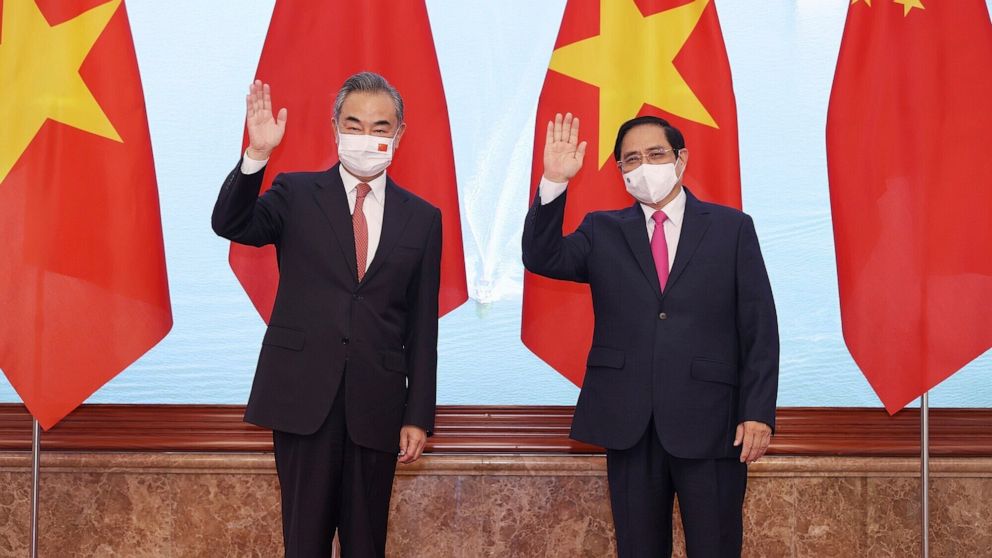 LONDON — Britain’s health secretary said Sunday that authorities have decided not to require vaccine passports for entry into nightclubs and other crowded events in England, reversing course amid opposition from some of the Conservative government’s supporters in Parliament.

Sajid Javid said the government has shelved the idea of vaccine passports for now but could reconsider the decision if COVID-19 cases rise exponentially once again.

“We’ve looked at it properly and whilst we should keep it in reserve as a potential option, I’m pleased to say that we will not be going ahead with plans for vaccine passports,’’ Javid told the BBC.

The U-turn came just days after the government’s vaccines minister and the culture secretary suggested that vaccine passports would still be necessary, despite growing opposition from lawmakers. Such passports are required in other European countries, like France.

In particular, members of the governing Conservative Party have objected to such passports as an unacceptable burden on businesses and an infringement on residents’ human rights.

— From virus to storm, Louisiana’s marginalized see ‘no way out’

PRISTINA, Kosovo — Kosovo authorities on Sunday decided to postpone the launch of the school year next week and toughened restrictive measures following a continuous hike of the daily cases.

The government decided to postpone opening of the elementary, secondary, and high schools from Monday to Sept. 26, the second two-week postponement, because “the epidemiological situation with COVID-19 in Kosovo continuous to be grave.”

It also decided that only a limited “essential staff” will be present in the public institutions and all those present there should show confirmation they have been vaccinated or had a recent test.

Students also need to show virus tests or vaccine confirmation to enter university halls later this month, or to book a room at their dormitories.

DHAKA, Bangladesh — Bangladesh has reopened schools and other educational institutions after 543 days of closure as its virus situation eases and more people are vaccinated.

Schools were closed on March 17, 2020, after the virus arrived in the nation of over 160 million people. Authorities decided to reopen after almost 97% of the country’s teachers and staff have been vaccinated, the government says.

Wearing masks, students arrived Sunday morning at schools that were decorated with balloons and ribbons. Many schools in the capital, Dhaka, and elsewhere gifted candies and chocolates to children.

Education Minister Dipu Moni on Sunday warned against any lax enforcement of safety measures. Initially, every class will attend once a week, authorities say.

Daily counts of deaths and positive cases have eased in recent weeks. Over last week, on average 55 people have died while daily deaths were around 250 in late July. Bangladesh has recorded 26,880 deaths and more than 1.5 million cases. The government says most Bangladeshi adults will be vaccinated by the end of this year.

TOKYO — Japan’s government says more than 50% of the population has been fully vaccinated.

Japan’s vaccine rollouts began in mid-February, months behind many wealthy countries due to its lengthy clinical testing requirement and approval process. Inoculations for elderly patients, which started in April, were also slowed by supply shortages of imported vaccines, but the pace picked up in late May and has since achieved 1 million doses per day.

Economy Minister Yasutoshi Nishimura, who is in charge of COVID-19 measures, told NHK public television’s weekly talk show Sunday that about 60% of the population is expected to be fully vaccinated by the end of September, on par with current levels in Europe.

The government is studying a roadmap for easing restrictions around November. That would allow fully vaccinated people and those who test negative to travel, gather for parties or attend mass events.

BEIJING — China on Sunday reported 46 new coronavirus infections, including 20 locally acquired cases in a southern province where authorities are trying to contain an outbreak. No deaths were reported.

Nineteen of the locally acquired infections were in Putian in Fujian province and one in nearby Quanzhou, the National Health Commission reported. It said all other infections were believed to have been acquired abroad.

The Health Commission announced Saturday it was sending experts to Putian to oversee disease-control work.

WELLINGTON, New Zealand — New Zealand is buying an extra 500,000 doses of the Pfizer vaccine from Denmark as it tries to keep its coronavirus vaccination program running at full speed, the government said.

The doses are on top of New Zealand’s regular shipments from Pfizer and come a few days after officials announced a similar deal with Spain for more than 250,000 extra doses. New Zealand was slow to get its vaccination program running but has seen demand spike since an outbreak of the delta variant in Auckland last month.

That had left the country in danger of running out of doses ahead of a large scheduled shipment in October. New Zealand’s government has been attempting to eliminate the virus entirely in Auckland by imposing a lockdown but is finding the delta variant hard to stamp out, with another 20 daily community cases reported on Sunday. About 54% of people in New Zealand have had at least one dose and 28% are fully vaccinated.

YUCAIPA, Calif. — The husband of a California nurse who died of COVID-19 more than two weeks ago has died after battling the disease himself.

A family member told news station KTLA-TV that Daniel Macias of Yucaipa died on Thursday, leaving behind five young children, including a newborn girl. He and his wife, Davy Macias contracted COVID-19 after going on a family trip to the beach and an indoor water park.

They were admitted to the hospital days apart, and it was there that a doctor delivered the couple’s daughter several days before Davy Macias died. Her brother said she was hesitant to get vaccinated because she was pregnant.

CEDAR RAPIDS, Iowa — Hospitals in Iowa’s second-largest city are limiting elective procedures because of increased numbers of patients driven partly by a surge in COVID-19 admissions.

The Cedar Falls Gazette reports that both UnityPoint Health-St. Luke’s Hospital and Mercy Medical Center confirmed Friday their facilities are preserving capacity because of high patient counts in recent weeks. Cedar Rapids hospitals had not delayed or postponed elective surgeries and procedures since last fall.

St. Luke’s is limiting surgeries that require a hospital stay to 10 per day.

Mercy officials confirmed that it also is temporarily reducing the number of elective procedures that require hospital stays after surgery.

Building Big Back: The Pendlay Row