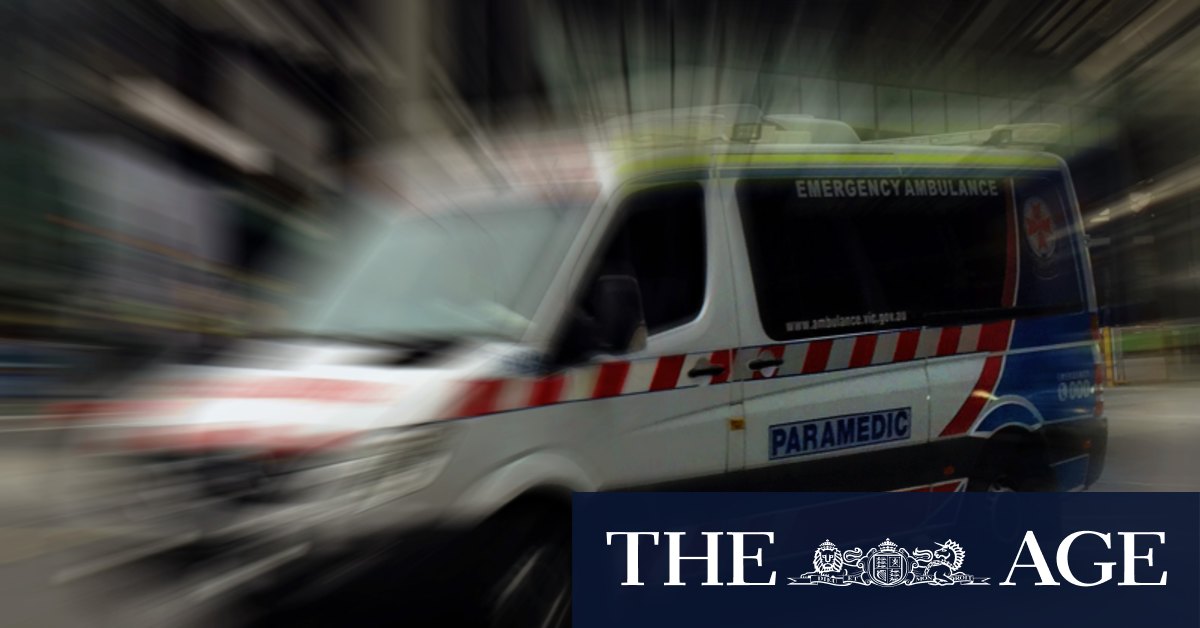 “We have three wards that have now been converted to COVID wards and we’re treating patients that are really unwell,” she said.

High demand at the emergency call centre means Victorians dialling triple-zero may soon have their calls picked up by interstate call takers amid strain on the system, which caused some to wait on hold for up to 13 minutes.

Mr Smyth said the demand was comparable to that seen elsewhere in the world but it was the highest since the thunderstorm asthma episode five years ago, which saw 1900 emergency calls made in just five hours, ambulance delays and 10 deaths.

He said Monday’s surge could not have been foreseen and flagged plans to divert calls to interstate agencies during surge periods.Unions, however, said ESTA was chronically undermanned and called for minimum staffing levels.

Mr Smyth said the Bendigo girl’s case would be investigated internally and by the Inspector-General for Emergency Management because of the time it took to answer the call. “We send our condolences to the family … It’s a real concern,” he said, adding it was too early to say whether the call wait contributed to the outcome.

Ambulance Victoria’s acting regional director for Loddon Mallee, Trevor Weston, said paramedics arrived 14 minutes after the call – within the target time of 15 minutes – and were met some time later by MICA paramedics, who have a higher level of training. The girl did not survive.

Victorian Ambulance Union secretary Danny Hill said even a one-minute delay for a cardiac arrest “could mean the difference between life and death”.

“Those calls need to be answered within seconds,” he said.

ESTA, which was funded to receive 43 new staff as part of the last state budget, answered about 95 per cent of calls within the target time before the pandemic but call volumes spiked in 2021, driven partly by the poor health of Victorians who deferred care during lockdowns.

A Victorian government spokeswoman said ESTA would review its ability to cope with ballooning demand and report back to the government. “Our sincerest condolences and thoughts go out to the family on this tragic incident, and to the paramedics in attendance yesterday,” she said.

Victoria’s hospitals have been facing a soaring level of demand and increased numbers of patients needing emergency care have led to longer wait times in emergency departments.

Doctors are reporting that patients are arriving sicker after putting off seeking treatment or having their surgeries delayed due to the pandemic, and there is widespread burnout of healthcare workers, even before the worst of the expected wave of coronavirus patients.

There are about 375 Victorians in hospital with COVID-19, but that number could increase tenfold by the end of the year, according to Burnet Institute modelling produced for the government.

The Northern Hospital’s Ms Bourne said hospital staff had the skills and training to operate under high pressure, but there were some patients presenting that didn’t need to be there, as they had conditions that could be managed by their GP.

While images of lines of ambulances idling outside hospitals may shock the public, paramedics and emergency doctors say similar situations occur outside major Melbourne hospitals most days.

But Australasian College for Emergency Medicine president, John Bonning, said ambulance ramping was a symptom of a stretched health system and the COVID-19 pandemic had exacerbated long-standing issues.

Ambulance Employees Australia Victorian secretary Brett Adie is among those warning the health system is already at capacity. He called for a more cautious reopening from lockdown to avoid the scenario forecast by the Burnet Institute, where 3000 or more COVID patients ended up in hospital by mid-December.

Mr Adie said it was only possible to push healthcare workers so far before they burnt out and were no longer willing or able to work extra shifts, leading to preventable deaths. “The message that is coming from many people out there is ‘too bad, the hospital system just needs to cope’,” he said.

However, he said the way things were heading a young person that might have survived a cardiac event in 2019 due to prompt care “may not” in 2021.

Mr Hill said he had been told that the ESTA was understaffed on Monday night. Mr Hill said Victoria’s emergency and health systems were so strained it didn’t take much to tip the system over the edge.

“It doesn’t need to be anything phenomenally extra to occur, it’s just with our population growth and people not going to their doctors and calling an ambulance instead, sometimes for quite trivial things… all those things come into play,” he said.

Community Workers’ Union secretary Sue Riley said the agency was underfunded for years before the pandemic and was not equipped to handle heightened demand.

“The organisation is at the lowest point it’s ever been,” Ms Riley said, adding that many staff members had departed in the past two months due to the pressures.

Ms Riley and an ESTA worker said the organisation relied on staff working overtime and not having breaks. Ms Riley said workers who may have finished a traumatic call were sometimes hiding in their cars to avoid being called back from work.

“Since the middle of last week it’s got even worse,” one call taker said. “We have 16-20 calls waiting at all times; it’s not just a spike for something like a massive car crash, it’s constant. We’re in a crisis.“

The Morning Edition newsletter is our guide to the day’s most important and interesting stories, analysis and insights. Sign up here.

Get in the Zone (of Proximal Development) in Your Coaching

Why the first three weeks of a diet are crucial