The union representing health workers says the NSW Premier is “talking a big game” if she thinks the state’s hospital system can withstand an expected increase in COVID-19 cases over the coming weeks.

As Premier Gladys Berejiklian announced yet another record day of case numbers on Monday, she warned October would be the state’s “worst month” with an expected increase in admissions to intensive care.

Ms Berejiklian continues to push for the state to begin opening up when 80 per cent of adults are fully vaccinated.

“That is why it is important to focus on those numbers to ensure our hospital system is not overwhelmed.”

Health Services Union Secretary Gerard Hayes said already on average 1,000 health workers in NSW were being furloughed each day due to exposure to COVID-19 and staff were working longer hours to cover the shortfall.

“I don’t think it was really helpful to tell health workers that things are going to get worse in the middle of October,” he said.

“Health workers at the moment are incredibly tired, they’re chronically fatigued, they’re looking for light at the end of the tunnel … but facing another mountain after putting out 17 months of really hard work is really difficult.”

There are currently 840 COVID-19 cases admitted to hospital, with 137 people in intensive care (ICU), including 48 on ventilators.

Staff in mental health wards have spoken out about short staffing and being unable to protect their patients from COVID-19 outbreaks, while one intensive care nurse in a Sydney hospital told the Sydney Morning Herald the ICU had “hit capacity” and was “just holding on”.

While the Premier conceded the hospital system was stretched, she said it would “cope” as more people became fully vaccinated.

A paper published in the Medical Journal of Australia in April last year revealed there were 854 ICU beds available, plus an additional capacity for 1,725 surge beds.

Read more about the vaccine rollout:

Health Minister Brad Hazzard said much time had been spent by health authorities last year to ensure NSW hospitals had “substantial capacity” to deal with a COVID-19 surge, including quadrupling the number of ventilators and training hospital staff to work in the ICU.

Mr Hazzard said field hospitals, like the ones seen in other parts of the world including the United States, were not currently on the agenda.

Mr Hayes said while NSW may have sufficient hospital beds to cope with a surge in cases, the state’s health workforce had “very little redundancy” if more staff became ill.

“People talk about the beds and facilities, but it’s actually the workforce [that matters],” he said.

“I think if the workforce is maintained and it’s healthy, then that is achievable — but it’s stretched, there’s no doubt about it.

Ms Berejiklian said some countries had opened up “too early and too freely” and had seen their health systems overwhelmed. She stressed NSW would open up in a cautious way to avoid the same mistake.

“We will never ever have settings in place which are going to overwhelm our health system, our paramedics, or overwhelm our intensive care units, and that is what we watch very closely,” she said. 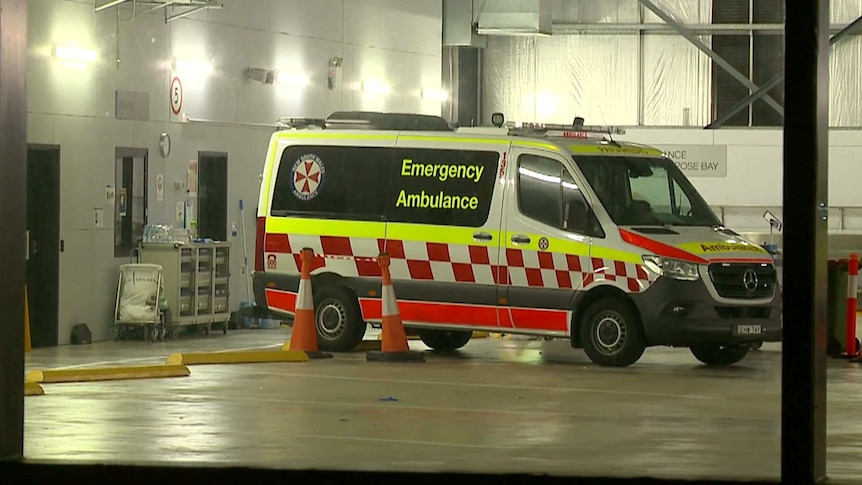 Ebony Robertson’s partner was one of several patients diverted from Western Sydney hospitals to receive care, but paramedics say conditions in the queue at other hospitals are not up to standard.

“Other countries that opened up at certain vaccination rates didn’t have any restrictions in place.

“When we are comparing, let’s make sure we’re comparing apples to apples.”

“The more people who get at least one dose of the vaccine, regardless of what vaccine it is — we will start to see a decline in hospitalisation.”

She said one dose protected against hospitalisation by around 75 per cent, while two doses provided around 95 per cent protection against being admitted to hospital.

Djoker blindsided in wild start to Open final Novak Djokovic is on the verge...

High-protein breakfasts on the go