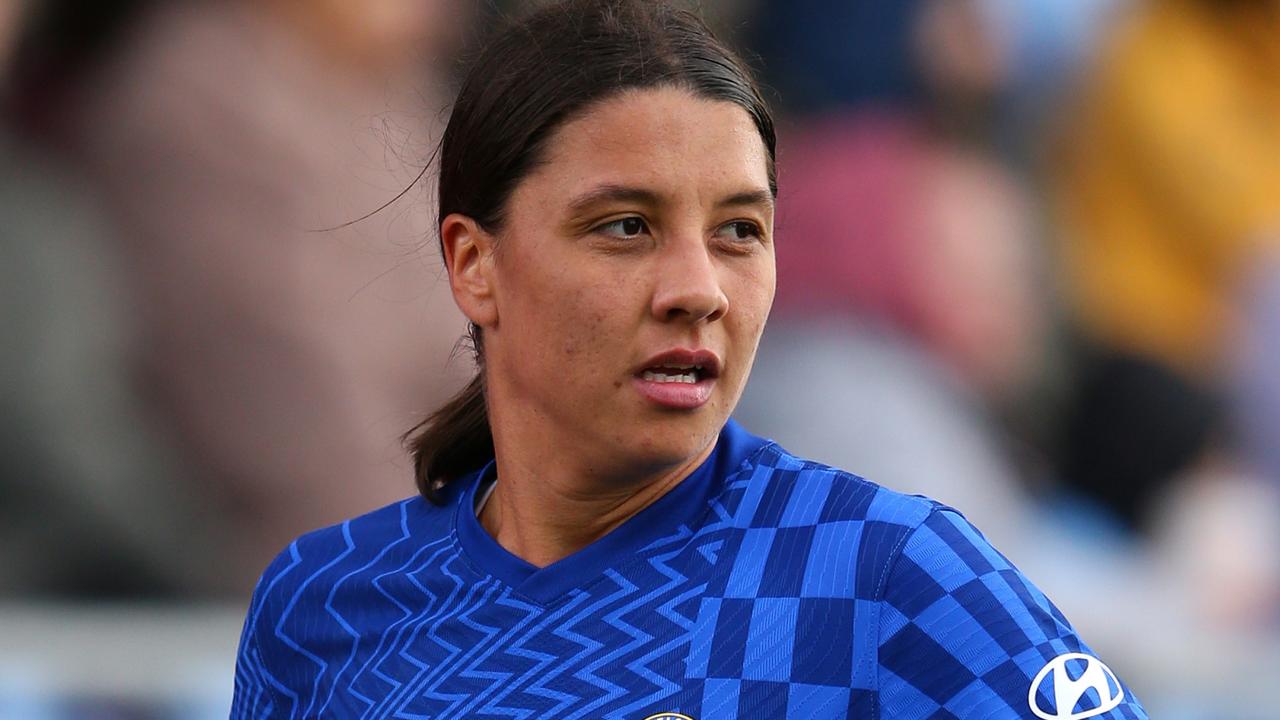 Matildas’ attacking pair Sam Kerr and Caitlin Foord will be on opposing sides in next month’s women’s FA Cup final at Wembley.

Star Matildas Sam Kerr and Caitlin Foord will go head-to-head in the women’s FA Cup final at Wembley next month when Chelsea meet Arsenal in an all-London decider.

Kerr’s Chelsea beat Manchester City 3-0 in a dominant semi-final display from the Blues at Academy Stadium, while Foord’s Arsenal were just as convincing in their last four clash with a 3-0 win over Brighton at Meadow Park.

“It’s going to be a great occasion – I think this is the reason why we are all involved in football in the first place,” Arsenal coach Jonas Eidevall said.

“We want to compete for trophies, we want to play against the best teams.

“Chelsea have played in a Champions League final, they have achieved things that we are wanting to do ourselves, so we are really looking forward to that challenge.”

Arsenal’s squad against Brighton also included Matildas goalkeeper Lydia Williams, who was an unused substitute, while the third Matilda on the Gunners’ books, defender Steph Catley, wasn’t in the match-day squad.

Kerr’s joy was her Matildas teammate Hayley Raso’s pain, with Raso an unused substitute for City.

City’s Australian defender Alanna Kennedy was ineligible for the semi-final, having already played for Tottenham in this year’s Cup.

Chelsea manager Emma Hayes said: I’m delighted to be there (at Wembley). It’s the one day of the week I’ve only got to go down the road to a football stadium, so I’m over the moon it just happens to be the biggest and the home of national football.

“As a kid I always wanted to be there in some capacity, whether as a fan – I never thought I’d do it as a coach. Now I’ve been there a few times, I just want to go and win.

“I thought the players that started the game did the job we needed them to do and I think the players from the bench were fantastic.”

Calls rise in Italy to ban pro-fascism groups after rampage

Discover Supplements That Benefit Your Specific Needs With Supplement Advisor

The Trainer Who Trains the Trainers