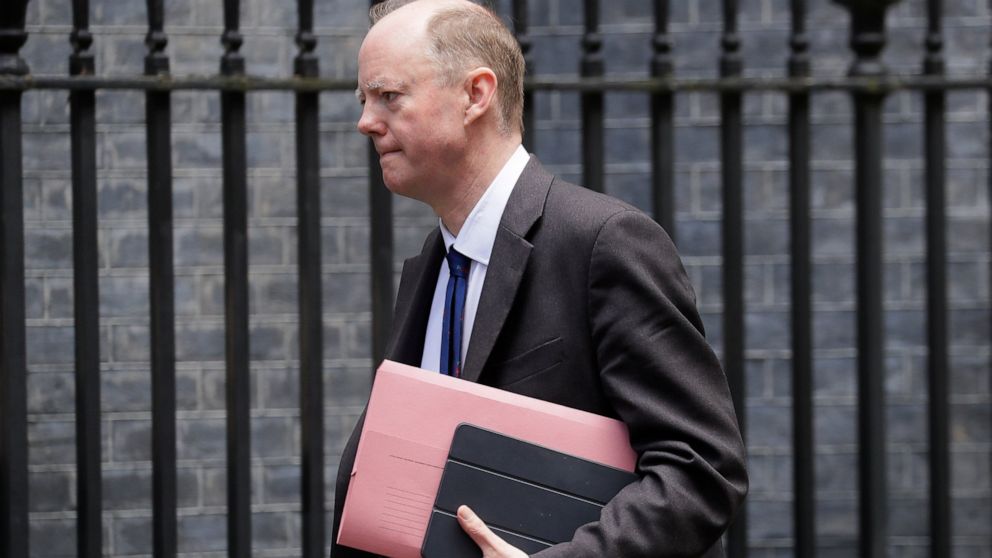 LONDON — A man who accosted England’s Chief Medical Officer Chris Whitty in a London park pleaded guilty Friday to assault and was ordered to pay the scientist 100 pounds ($140).

Lewis Hughes, 24, and another man filmed themselves harassing Whitty, who has become a nationally recognized figure through appearances at televised coronavirus briefings. One man is seen on video putting his arm around Whitty as they apparently drunkenly ask him for a photograph.

Prosecutor Kalsoom Shah said the incident in St. James’s Park in June was ”completely unacceptable” and Hughes’ behavior “was both shocking and disgraceful.”

Hughes pleaded guilty to assault by beating during a hearing at Westminster Magistrates’ Court. He received an eight-week suspended prison sentence and was told to pay 100 pounds in compensation.

The second defendant, 24-year-old Jonathan Chew, pleaded not guilty and is scheduled to stand trial in November.

Follow all AP stories on the coronavirus pandemic at https://apnews.com/hub/coronavirus-pandemic.

Simple Christmas swaps for a healthier and tastier Christmas feast

Japan widens COVID curbs, including in Tokyo, as cases surge