Queensland Health is tracing the contacts of a Brisbane woman who made a return trip to Rockhampton while infectious with COVID-19.

It is believed she had been infectious since July 28 and the case was included among the nine new locally acquired cased announced on Sunday.

The woman was an external contractor working on the Rookwood Weir project west of Rockhampton.

“Work on site has stopped and workers have been isolated to their rooms for 14 days of quarantine,” Queensland Health said in a statement.

“Other workers from the Rookwood project who have left the site have also been contacted and told to isolate for 14 days.”

Queensland Health said it was contacting those who were in the same aircraft and others identified as close or casual contacts.

South-east Queensland’s outbreak, which now involves 18 cases, was first detected on Thursday when a 17-year-old schoolgirl from Brisbane’s western suburbs was tested after feeling sick.

The schoolgirl was found to have the highly infectious Delta variant, which she had caught from her tutor, a Queensland University medical student.

Read more about the spread of COVID-19 in Australia:

How the medical student was infected is so far unknown but whole genome sequencing has linked the infection back to two returned travellers who were on the same flight from Singapore and have the same infection. 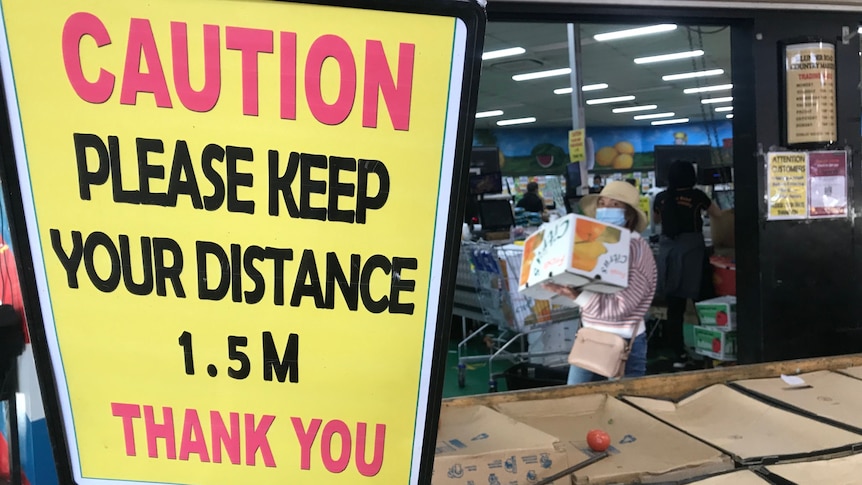 Contact tracers are investigating more possible COVID-19 exposure sites in Queensland. See the full list of locations as they are released.

The schoolgirl was believed to have been infectious in the community for three days and at school for two days. Her parents and two siblings have also tested positive for the virus.

A staff member at Ironside State School, which is attended by one of the schoolgirl’s siblings, then tested positive.

Two of the students were from Ironside and one was from Brisbane Grammar School. The Grammar schoolboy’s father also tested positive.

Details of the case were revealed by authorities as Chief Health Officer Jeannette Young said testing capacity would be increased in the state’s locked-down south-east, to help manage the surge in demand caused by the latest COVID-19 cluster.

“There has been a significant rise in the number of people at our COVID-19 testing clinics,” she said in a statement.

“That is pleasing to see – testing people is the only way we can know for sure how widespread this current outbreak is.

“I know some people have had to wait longer than normal to be tested but I urge them to remain in place and get the test, especially if they have symptoms or have been at one of the contact tracing locations published on our website.”

We offer tailored front pages for local audiences in each state and territory. Find out how to opt in for more Queensland news.

Queensland Health is opening new facilities or extending the hours of existing facilities, including:

Queensland Health also said due to “current workforce issues”, some non-urgent elective surgeries and outpatient appointments may need to be postponed at some south-east Queensland hospitals.

The Hospital and Health Service will contact those who are affected.

Too Much Rest Or Not Enough?