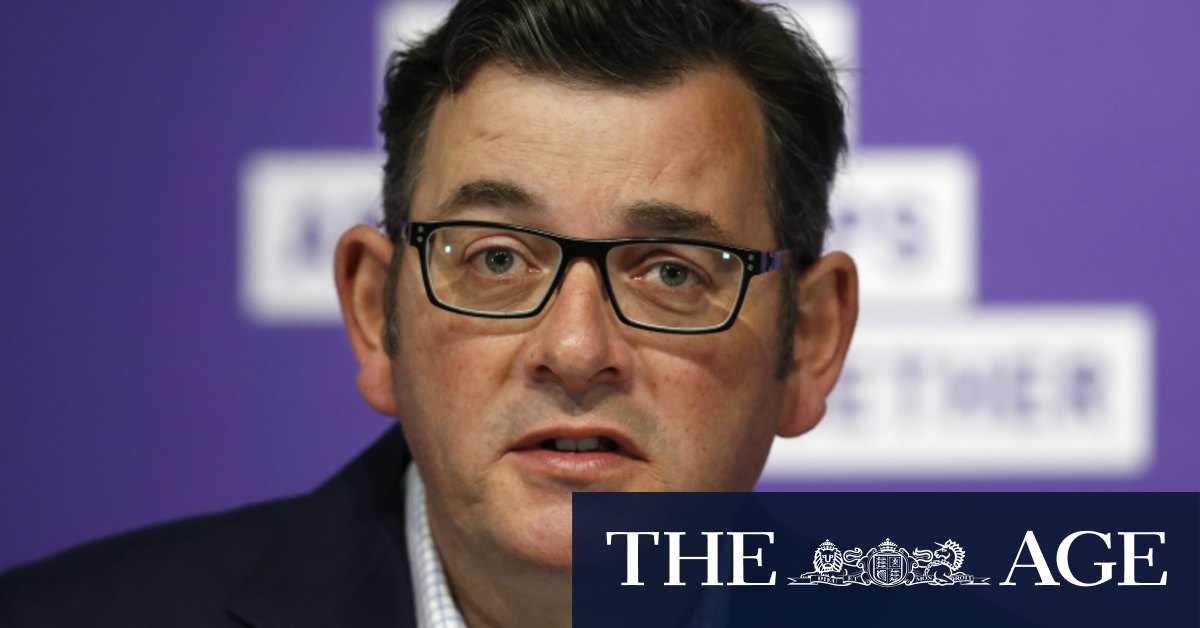 “We have been doing our best with the resources we have but it is not enough.’’

The cabinet-in-confidence submission was discovered by The Age during a six-week examination of the government’s response to the catastrophic second wave epidemic which killed 800 people and plunged the state into protracted lockdown.

It was endorsed by former health minister Jenny Mikakos and lodged with Treasury on January 29 for consideration by cabinet’s expenditure review committee, comprising Premier Daniel Andrews, Treasurer Tim Pallas and other senior ministers.

It foreshadowed what fatally emerged during Victoria’s second wave, warning that the centralisation of the state’s health protection services — in stark contrast to how public health is managed in NSW and Queensland — and failure to invest in new technology had compromised the government’s capacity to respond to a health emergency.

It asked for a modest, additional $17.2 million this financial year and a total of $92 million over four years to hire 30 additional staff to bolster the government’s public presence in regional areas. The ERC process was abandoned and the submission shelved after Mr Pallas postponed his budget.

The Age has previously revealed the DHHS had only 14 contact tracers in March, the month that COVID-19 cases first began to spike, and that Victoria had only six physicians employed in its health protection branch compared to 24 in NSW.

The DHHS’s dire warning about the state of Victoria’s public health capacity was not the only one issued to the Premier.

Australian Medical Association Victorian president Julian Rait said that in late March, as Australia was entering its national lockdown, he raised with the Premier’s office his concerns that the DHHS was not “fit for purpose’’ to manage the pandemic response.

Dr Rait did not blame the current government for Victoria’s inadequate public health capacity heading into the COVID-19 crisis. He said this was a consequence of the devolution of the broader health system overseen by former premier Jeff Kennett.

Opposition Leader Michael O’Brien said Victoria had Australia’s most underfunded public health team when the pandemic hit. “This sort of investment is insurance and frankly, I think the government let the insurance lapse and we were caught out pretty badly,’’ he said.

In response to questions from The Age, a government spokseswoman said: “There was no rule book for this once in a hundred year pandemic. We’ll continue to build the health system Victorians want and deserve.”

The ERC submission noted that Victoria’s health protective services were reviewed six times in as many years. This included a 2014 review in response to the Hazelwood mine fire, a 2016 review into the office of the chief health officer and a review following the thunderstorm asthma crisis.

The limited outreach of Victoria’s public health team compared to its interstate counterparts was exposed during a deadly flu outbreak in aged care centres in 2017.

The submission noted that on the Gold Coast, local public health units attended all influenza outbreaks to ensure residents were vaccinated and received anti-viral medication. In Victoria, the public health team only intervened on request and in circumstances where there had been a failure to follow guidelines.

“Health Protection Service provision in Victoria is currently comprised of a single team of front-line professionals working directly from the central office of the DHHS with a small contingent spread across the department’s four operational divisions,’’ the submission read. “From the central office, the team follows up communicable diseases and threats from the environment for the whole of Victoria.”

The Victorian government is establishing three local public health units to cover the north-eastern, southern and western regions of greater Melbourne. Public health experts spoken to by The Age expressed scepticism about whether this would lead to improved public health resources or simply a division of existing services.

Have a Good Weekend all week

We deliver the best of Good Weekend to your inbox so it’s there when you’re ready to read. Sign up here. Sent every Saturday.

Chip Le Grand is The Age’s chief reporter. He writes about crime, sport and national affairs, with a particular focus on Melbourne.

How long it realistically takes to lose 10kg

4 Ways the Pandemic Saved My Gym